Modern engine design, coupled with a drive to reduce harmful emissions, has led to a significant increase in contamination related issues such as

A significant saving in your motoring costs!

Cleaning the carbon from your car’s engine every once in a while is a very good idea, giving you the benefits of increased performance, improved fuel economy and the reduced likelihood of a breakdown as well as benefits to the environment due to the reduction in harmful emissions.

Any vehicle that has covered more than 10,000 miles, or is used regularly for ’round town’ driving, benefits from having a “Carbon Clean” – particularly Diesel vehicles fitted with DPF’s.

A typical carbon clean will improve fuel economy by 10%, saving the average motorist approximately £200 per year in improved fuel economy.

It’s no wonder so many of our participating garages are starting to offer the Specialist “Carbon Cleaning” service as an additional offering.

CONTAMINATION AND ITS EFFECTS ON AN ENGINE

Fuel and Oil are an organic matter, when they are burnt or left to naturally degrade they form contamination, this adheres to different components within the engine, namely: 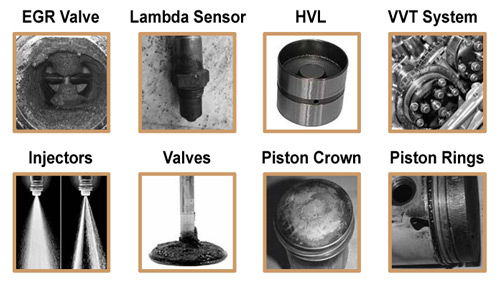 Over the last 20 years, engines have become more complex and the tolerances within the engine have become finer. As a result, it takes just a small amount of contamination to adversely affect engine performance.

CONTAMINATION AND ITS EFFECT ON FUEL ECONOMY

The most common cause of reduced fuel economy is poor combustion.

This is caused by a combination of effects, most commonly:

WHY SHOULD CONTAMINATION BE REMOVED?

When a car is new there is no contamination present in the engine, as a consequence fuel economy is at its optimum level. 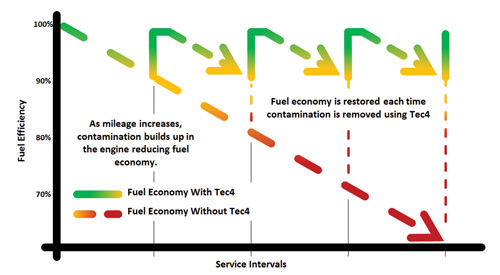 As mileage increases, contamination builds up on different components, resulting in a drop in engine efficiency.

If the contamination is removed using Tec4 engine treatments, performance is restored, emissions are reduced and fuel economy is improved.

HOW DO Tec4 TREATMENTS REMOVE CONTAMINATION?

The product is a combination of 4 technologies which:

When the product is added to the old depleted oil it immediately neutralises acid which has built up in the crankcase and adds lubricity, enabling the detergents to safely dissolve contamination which has built up:

These harmful contaminants are held in suspension and safely removed with the old oil.

On completion of the cleaning process the reduced amount of depleted oil left in the engine is acid neutral ensuring the new oil stays cleaner for longer.

Tec4 Petrol System Cleaner and Tec4 Diesel System Cleaner are a highly concentrated blend of non combustible detergents, lubricants and acid neutralisers which work in both their liquid and gas state. 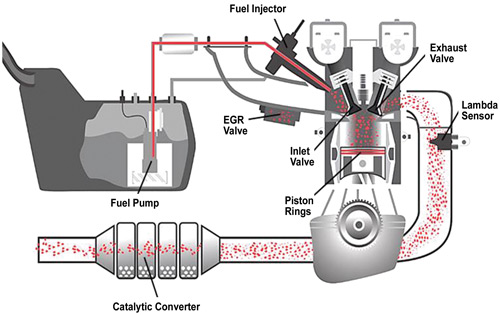 In their liquid state they:

When the product enters the combustion chamber it atomises and continues to clean:

The contamination is then held in suspension and removed safely through the exhaust.

We can offer you a great special price for a complete inspection, MOT or repair! Email at daniel@bvs-motors-bicester.co.uk